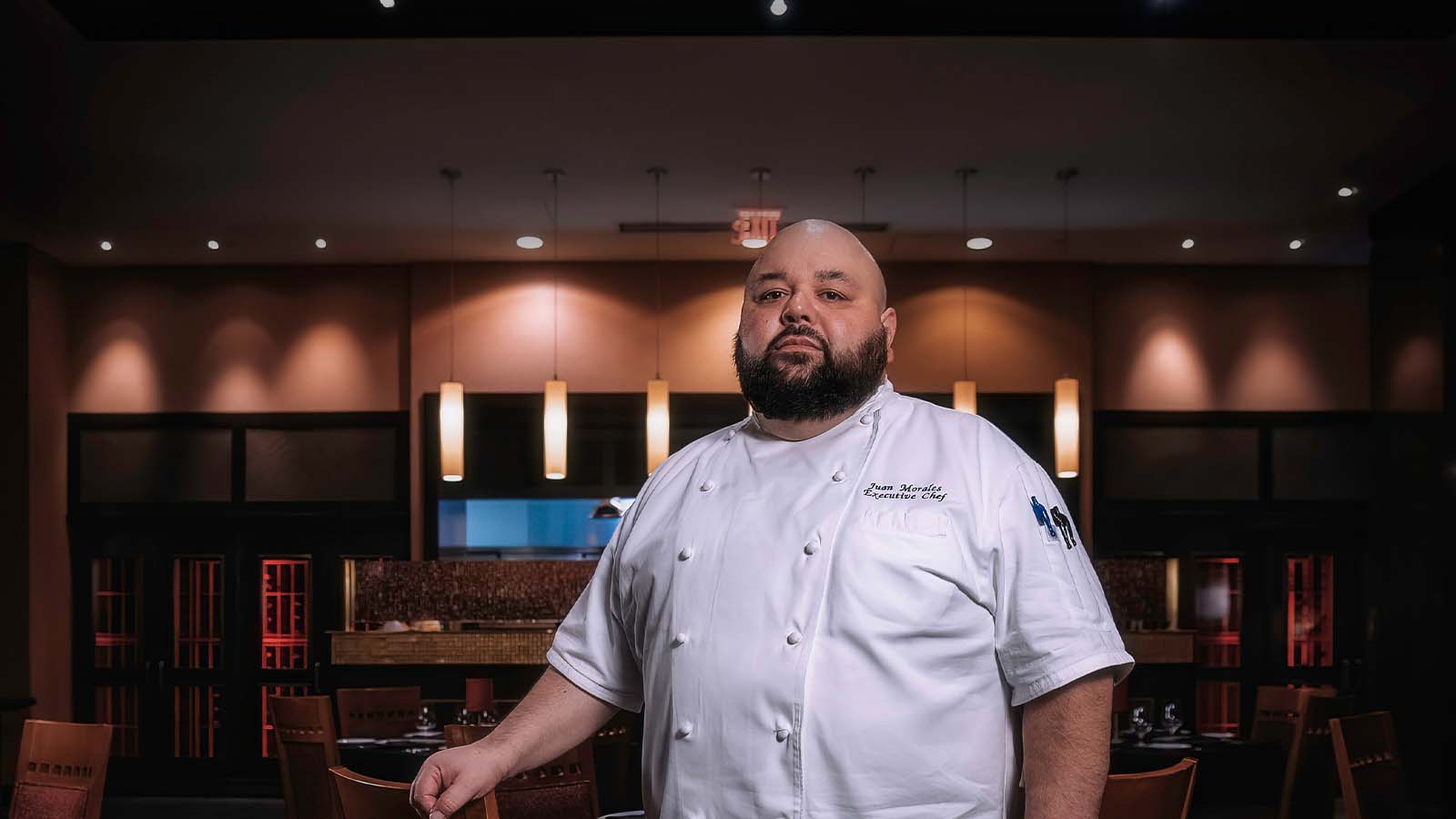 A native of Los Angeles, Executive Chef Juan Morales’ fondest childhood memories are of family dinners and cooking with his mother, watching the passion and attention she gave to each item she prepared. She instilled that passion and drive into Chef Juan, which drove him to work with some talented chefs throughout his 20-year career. He was fortunate to begin his culinary journey as a chef with the Patina Group, where he learned from well-known chefs Joachim Splichal and Octavio Becerra.

Following Patina, he ventured to Las Vegas and Green Valley Ranch where he utilized his knowledge of the culinary industry to work with amazing teams. He brought new and exciting flavors and food concepts such as Kobe beef and Japanese A5 to various restaurants, one of which was rated a top 10 steakhouse in Las Vegas. As he learned that a good chef seeks out the guest’s initial response to a dish, he quickly became accustomed to adjusting and improving flavor profiles based on these reactions. Chef Juan enjoys introducing new flavors and textures to entrees using only the freshest produce and proteins, and there’s no better place to do that than right here in California. He is looking forward to further establishing that concept here at Agua Caliente.

Chef Juan studied at the Culinary Institute of America in Pasadena, California. On the weekends, you can find him in the snow skiing, snowboarding, or hiking.