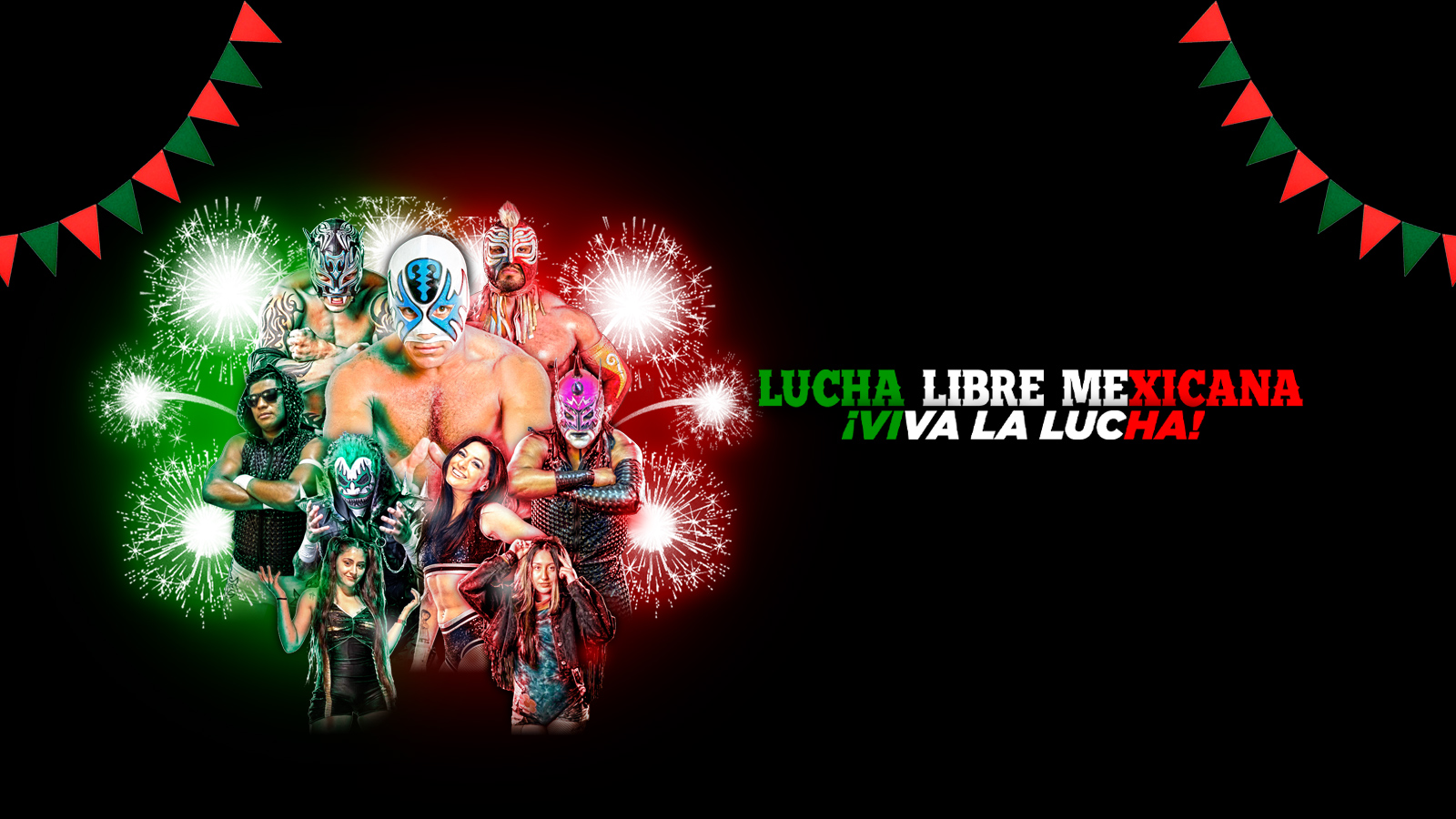 Atlantis: Over 40 years as a luchador.  Known as “El Idolo de los Ninos”.  Considered one of the biggest legends to ever step inside a wrestling ring.  He has won more masks in “mascara contra mascara” matches than any other luchador in history, having defeated luchadors and taken their masks in everyone of the past 4 decades.  Atlantis is currently a main event star in Mexico, United States, and in Japan.  He currently wrestles for CMLL, the oldest and most prestigious lucha libre company in Mexico.

Extreme Tiger: From Tijuana, Mexico.  Once considered the “next Rey Mysterio”.  Extreme Tiger has worked in major promotions in Mexico, United States, and Japan.  He is currently on a Japan tour with NOAH Wrestling Promotion and will make his return in time for the Agua Caliente appearance.   Extreme Tiger was a US national TV mainstay while wrestling with Impact Wrestling as Tigre Uno. Extreme Tiger blends hard hitting moves with a high flying aerial assault.

Arkangel Divino and Ultimo Maldito are bitter rivals inside the ring, but outside the ring, they are real life brothers.  These talented luchadors started out on the street corners or Mexico.  Come to a red light in Mexico and you will see jugglers, fire eaters, singers, and all sorts of snacks being sold.  Arkangel Divino and Ultimo Maldito decided to take a different rout and become luchadors… on the corners of Mexico’s streets.  Wearing cheaply made masks and street clothes, they would reenact the moves from their favorite luchadors.  As the years went by, they moved around the country, but continued to perform on street corners, slowly building a cult following on Youtube.  Fast forward years later, they are given an opportunity by the legendary Konnan to become what they have always wanted to be, a licensed, professionally trained luchador.  Via our Visa sponsorship program here at Masked Republic, Arkangel Divino and Ultimo Maldito have recently obtained their US work visas and will for the first time leave Mexico to wrestle in the US this coming weekend.  Their appearance on September 10th will be their first southern California appearance ever.

Arkangel Divino and Ultimo Maldito have worked with The Crash and Triple AAA lucha libre promotions in Mexico and are currently managed outside of Mexico by Masked Republic.

Also appearing for the first time are El Valioso, Rey Genesis, Nahaul, and El Bello Juan Roman, all California lucha stars with a following that will surely follow them to Agua Caliente Casino.