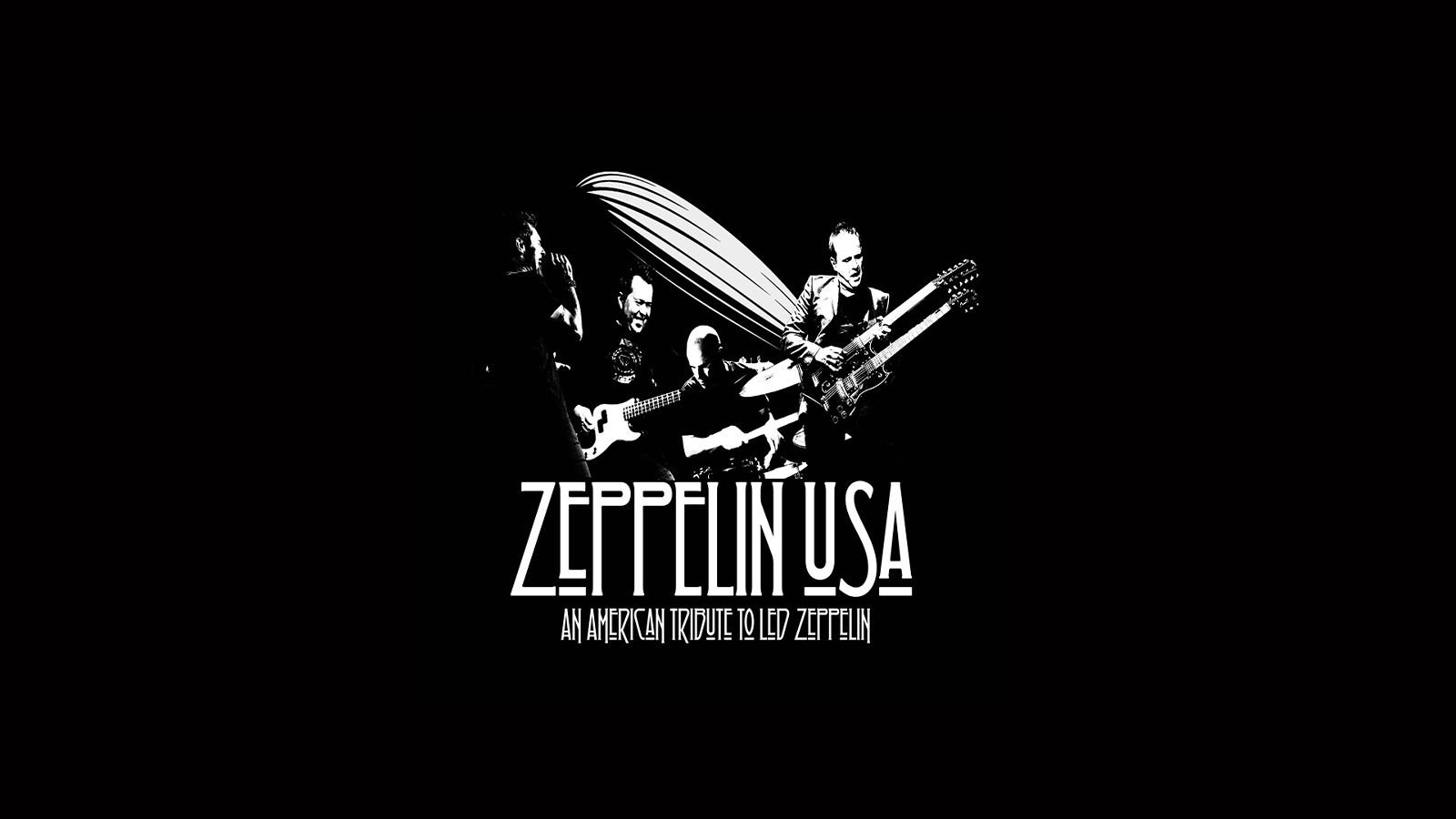 In the world of tribute bands, Zeppelin USA stands out by boldly shedding the wigs and costumes and letting the music do the talking. And the crowds have also spoken. In their relatively short tenure (formed in 2013), the band has risen to the top of the tribute band scene, selling out venues in Southern California, Las Vegas, NV and beyond. The reason is simple…Zeppelin USA wins their audiences over with unrivaled musical prowess, passionate stage performances, and state of the art visual technology. At the same time, by avoiding the typical gimmick of dressing up, nothing stands in the way of their connection with the audience. It’s a celebration shared.

The four musicians assembled for this group are among the best at their craft. Brody Dolyniuk has an uncanny ability and sensitivity to channel the voice of a young Robert Plant, while commanding the stage with the utmost confidence and charm. Guitarist John Wedemeyer is a world-class musician who masterfully brings Jimmy Page’s soul, passion and mystery into his playing. Trent Stroh handles the daunting task of replicating John Paul Jones’ bass and keyboard parts with ease, while also singing high vocal harmonies. Lastly, Jimmy Keegan’s powerful drumming not only captures the essence of John Henry Bonham, but also pumps an additional energy into the songs as if Bonham revisited each song and said “how can I make this even more powerful?”

Zeppelin USA employs a synchronized, state of the art video, lighting and laser show that perfectly complements the music and energy coming off the stage. It truly is something that must be witnessed and heard to believe.