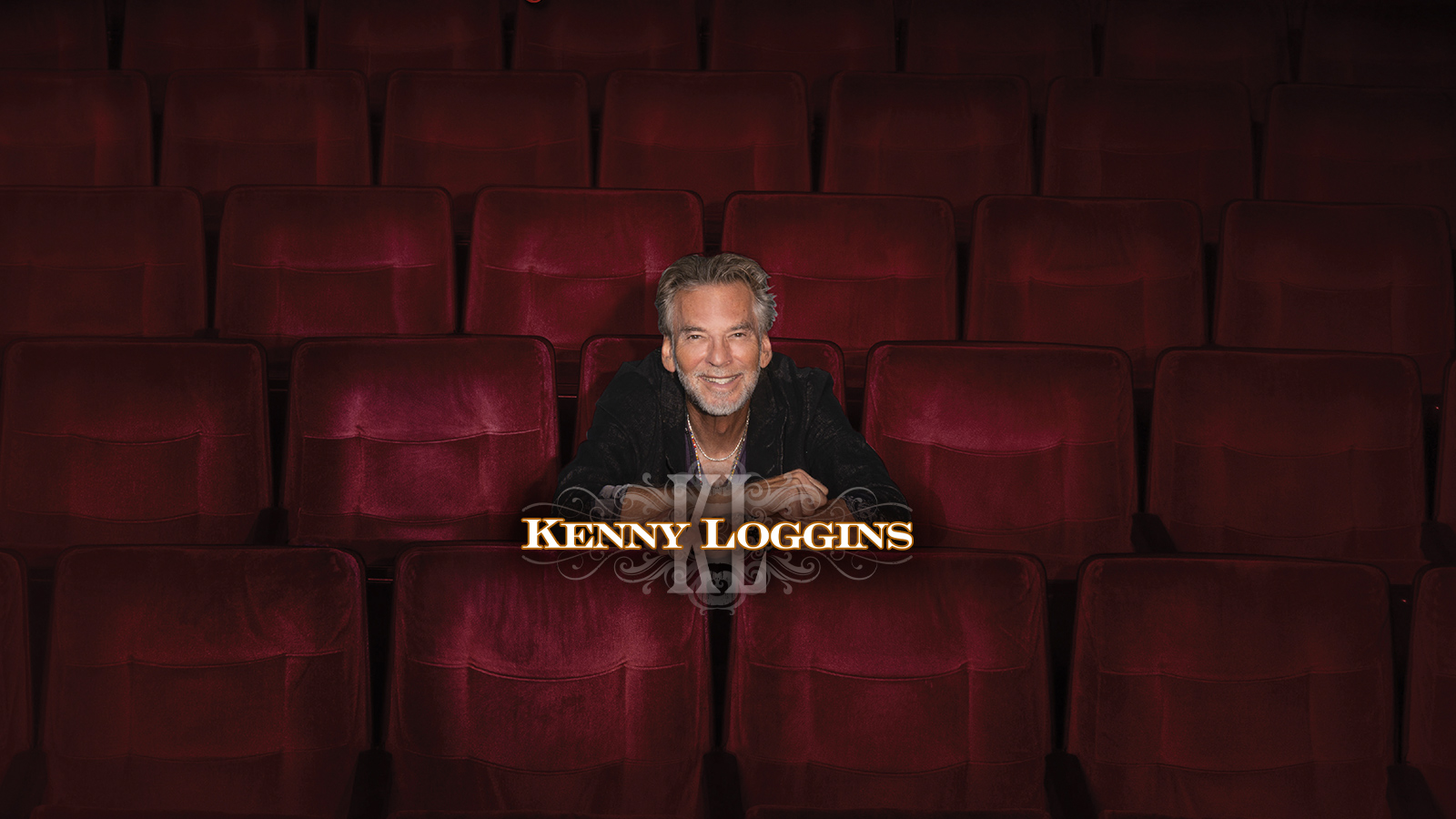 Kenny Loggins – Kenny At The Movies

Kenny Loggins has sold more than 25 million albums worldwide and has won two Grammy® Awards. His songs have left his musical imprint on “the soundtrack of our lives.”  Over the last four decades, his chart-topping songs have included “This Is It,” “I’m Alright,” “Footloose,” “Danger Zone,” and so many more.

In addition to his string of successful recordings, both solo and as a member of the famed duo Loggins & Messina, Kenny became the first major rock star to dedicate himself to recording music for children and families. His album Return to Pooh Corner remains the best-selling children’s album of the last 20 years. In 2016, he released his latest children’s project, the book Footloose (Moondance Press, an imprint of Quarto Publishing Group USA, October 17, 2016), inspired by his 1985 Oscar® nominated and Grammy® Award-winning “Song of the Year.”

His song “Conviction of the Heart” was hailed as the “unofficial anthem of the environmental movement” by Al Gore, when Loggins performed it on Earth Day in 1995 at The National Mall in Washington, D.C.

In 2016, he was a recipient of the ASCAP Harry Chapin Humanitarian Award at the annual Chapin Awards hosted by WhyHunger.  Later that year, The Guild of Music Supervisors honored the legendary singer, songwriter and guitarist with the organization’s first-ever Icon Award for his outstanding achievements in film, television, and soundtracks. His gift for crafting deeply emotional music is unparalleled, and it’s been a part of his life as long as he can remember. His generous support of countless local organizations has made a lasting impact on the causes that are close to his heart.

Through his work with Toys for Tots in Santa Barbara, CA, Kenny helped launch Unity Shoppein 1988. An expansion of the Council of Christmas Cheer which previously only existed during the holiday season, Unity Shoppe expanded the program to exist year-round so individuals could volunteer their services to help low-income families, children, the elderly, sick, and disabled in Santa Barbara County. Kenny regularly lends his musical talent and generous heart to support youth-based programs like Make a Wish, Teddy Bear Cancer Foundation, and Little Kids Rock.

Kenny was honored with a Humanitarian of the Year Award from Little Kids Rock for his extensive commitment to children’s causes in 2016. In 2018, he helped re-open the original Notes for Notes (N4N) Studios at the Boys & Girls Club of Santa Barbara and United Boys & Girls Club of Santa Barbara County, giving over 600 kids each year access to a world of musical expression where they can record music, learn to play an instrument, and form a band with their friends for free.

In February 2021, Kenny released “The Great Adventure”, a brand-new single that is set to be used as the theme song for San Diego Zoo Kids television network. The closed-circuit television adventure channel features programs produced primarily for medical facilities that serve pediatric patients and their families. The channel debuted at Rady Children’s Hospital in 2013 and offers family friendly, animal-oriented stories that are both entertaining and educational, supporting Kenny’s core belief that “every child should experience the healing power of music.”

Loggins released At The Movies on June 12, 2021 – a Record Store Day exclusive vinyl that included some of his career-spanning soundtrack hits for the first time ever on one album, including “I’m Alright” (Caddyshack), “Footloose” (Footloose), “Danger Zone” (Top Gun), and many more.

Congratulations to Miriam, Brody, & Richard for being tonight’s Second Chance Drawing Winners of $5,000 in Free Play🥳

Don’t forget to play slots at any Agua Caliente Casino property to earn entries for our Reels, Deals, & Wheels Giveaway.

We’re giving away over $1 Million in cars and prizes! Plus, you can be present at any Agua Caliente Casino property to be the winner of the featured car of the week in our Wheels or Deals Giveaway at 8PM, every Sunday through November 6th🙌

Every Sunday from now until November 6th, we’re giving away over $1,000,000 in Cars & Prizes! Play 🎰 at any Agua Caliente Casino property to earn your entries and play every week to increase your chances of winning.

At 8PM we’ll be giving away the featured car of the week! Be present at any Agua Caliente Casino property to WIN🚘 If you’re our lucky winner, you’ll have the choice of a brand new car, cash, or a 1 in 15 chance entry into the Grand Finale Drawing to win the @porsche of your dreams!❤️‍🔥

It’s almost impossible to not WIN🤑

WIN a @mercedesbenz GLC300 this Sunday in our Reels, Deals, & Wheels Giveaway!🚘🔥

Now - November 6th, one lucky winner can choose to drive home in the car of the week, take the cash, or make a deal for a 1 in 15 chance entry to WIN the @porsche of their dreams in the Grand Finale Drawing!