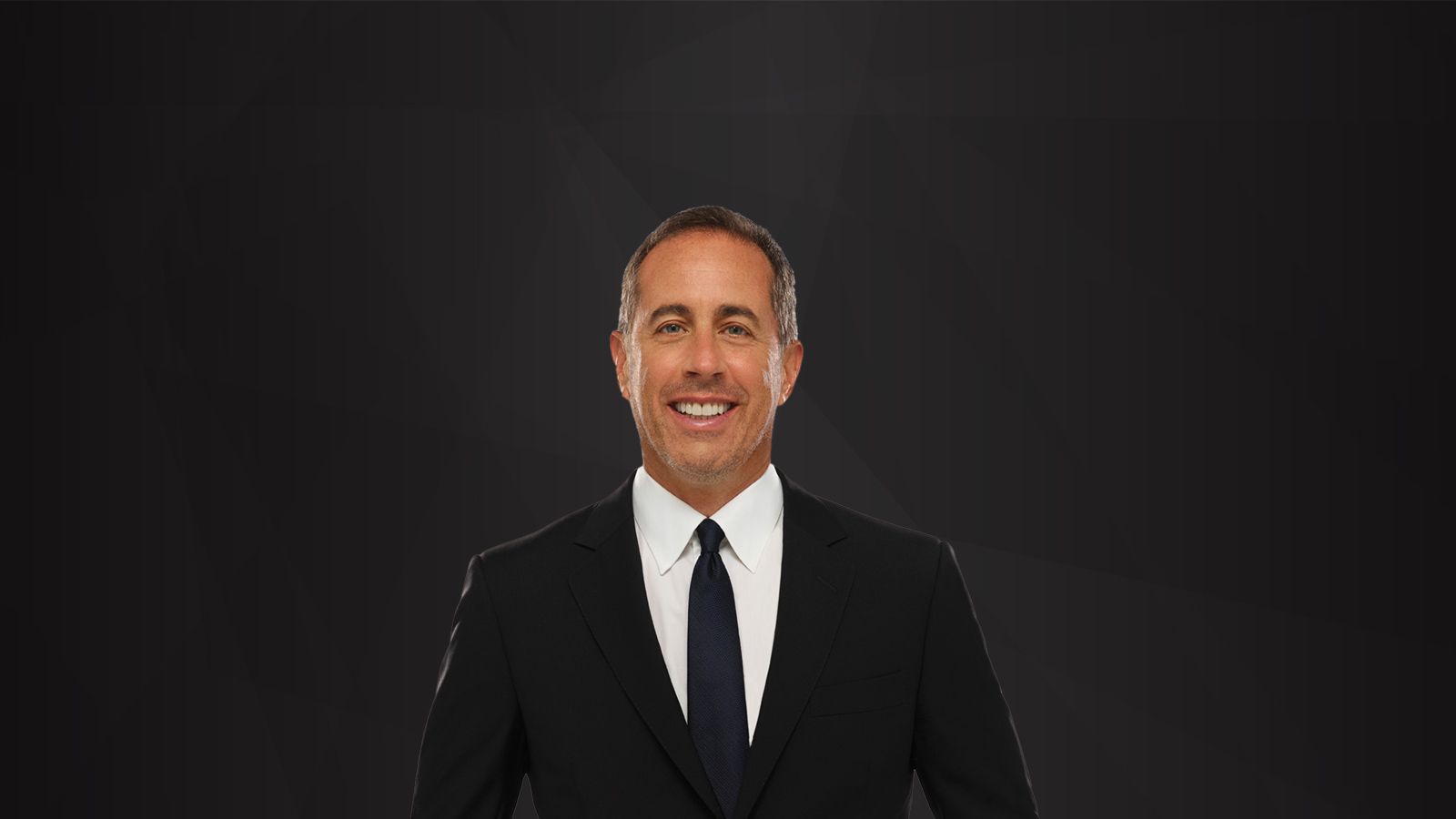 Entertainment icon Jerry Seinfeld’s comedy career took off after his first appearance on The Tonight Show with Johnny Carson in 1981. Eight years later, he teamed up with fellow comedian Larry David to create what was to become the most successful comedy series in the history of television: Seinfeld. The show ran on NBC for nine seasons, winning numerous Emmy, Golden Globe and People’s Choice awards, and was named the greatest television show of all time in 2009 by TV Guide, and in 2012 was identified as the best sitcom ever in a 60 Minutes/Vanity Fair poll.

Seinfeld’s latest project is the Emmy nominated and critically-acclaimed web series Comedians in Cars Getting Coffee which has garnered over 100 million views, and which the New York Times describes as “impressively complex and artful” and Variety calls “a game changer.”

Most recently, Seinfeld has been performing at the Beacon Theatre as part of his residency entitled, “Jerry Seinfeld: The Homestand.” He recently made his Netflix debut with the original stand-up special “Jerry Before Seinfeld.”

Seinfeld resides in New York City with his wife and three children. He remains active as a standup comedy performer, continuously touring both nationally and internationally.