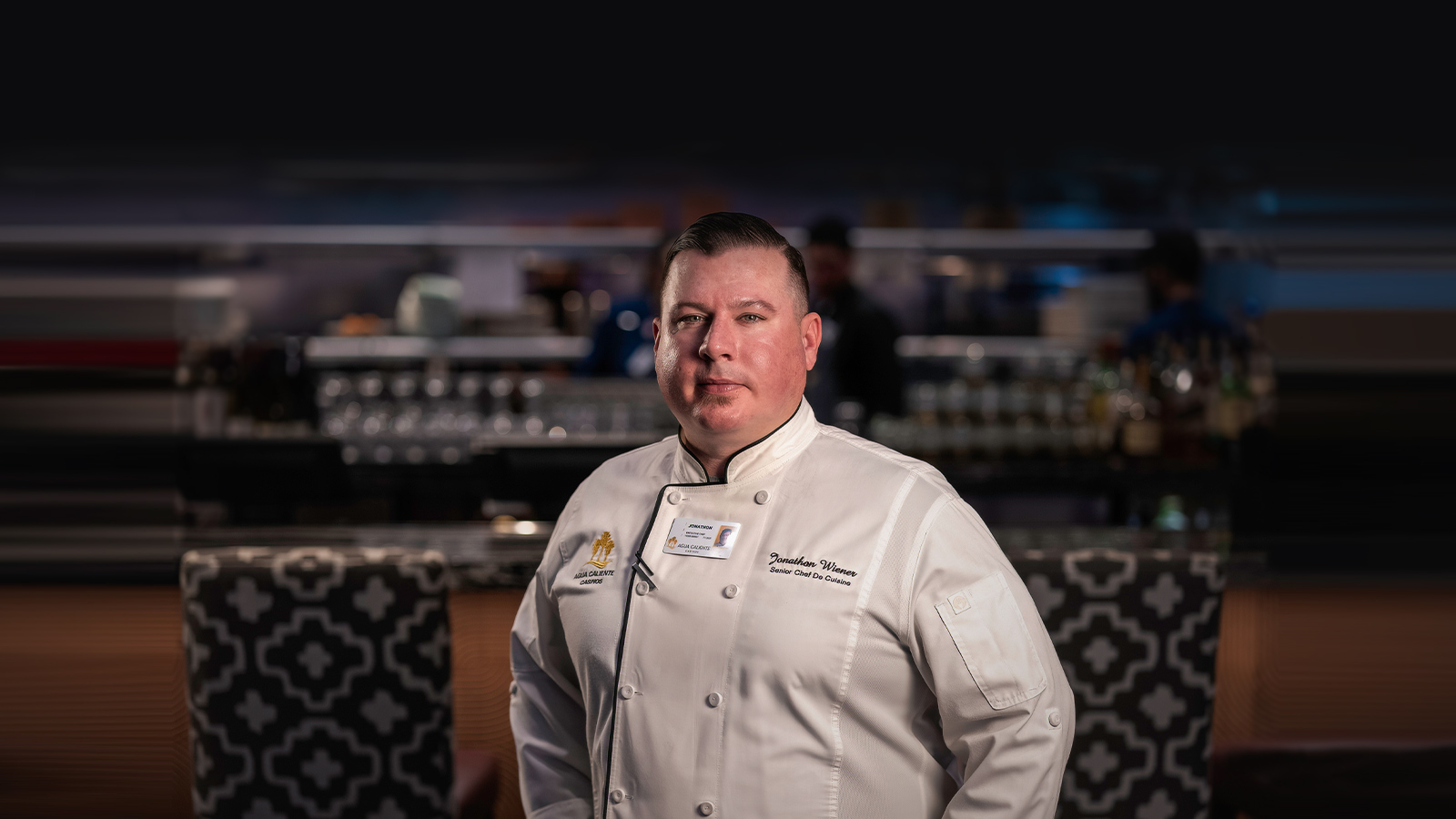 Creating extraordinary dining experiences for guests they’ll remember for years to come is what drew Chef Jonathon to the culinary industry. As executive chef at Agua Caliente Cathedral City, he does just that and more. The art of making memories through food has been his passion throughout his 16-year career.

Chef Jonathon’s first culinary position was with the renowned Patina Group, where he learned the foundation for fine dining and cooking with quality. He also worked at Domaine Chandon in Napa Valley, earning a Michelin Star during his time there and the James Beard House in New York. Chef Jonathon was an intern at the number one restaurant in the country at the time, Alinea, and soon after relocated back to the west coast to open a restaurant in Redlands, California, where his introduced fine dining and farm-to-table concepts he learned at Napa Valley. His Redlands residency helped create a dining culture in the small town.

Chef Jonathon is known for a style of cooking that uses seasonal ingredients at the very best quality, which also allows him to support the local agriculture community. He has earned a degree from Le Cordon Blue and was recognized as an “Up and Coming Chef” in Inland Empire Magazine. When he’s not representing the greater Palm Springs area culinary scene, he loves cooking at home for his wife and two children.