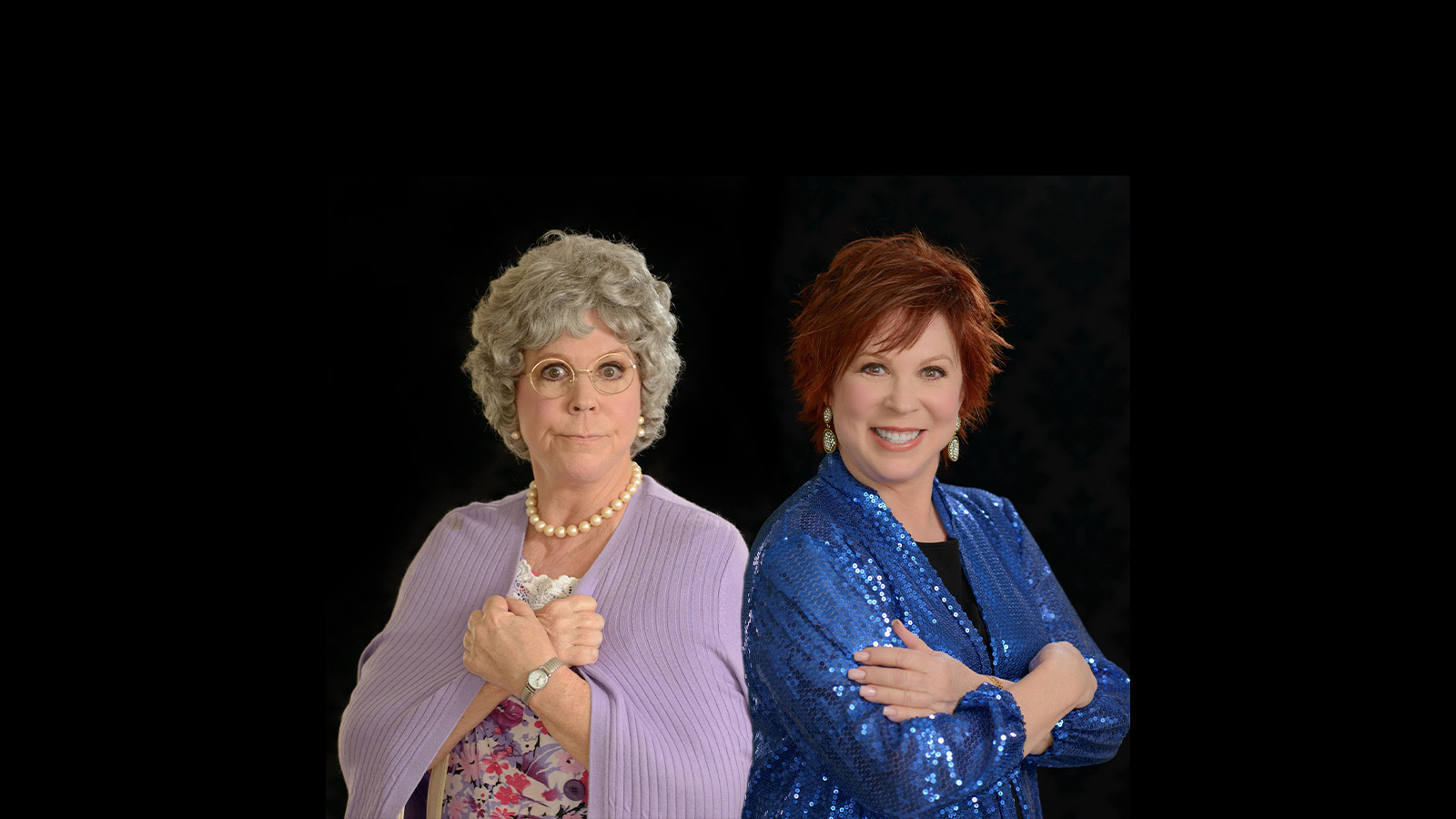 Multi-talented Vicki Lawrence was born in Inglewood, California where she excelled in dancing and singing, was a cheerleader and was voted “Most Likely to Succeed” by her graduating class.

During her senior year of high school, Vicki sent Carol Burnett a letter which included a local newspaper article mentioning their resemblance. Vicki invited Ms. Burnett to the local fire department’s “Miss Fireball Contest” in which she was performing.  Ms. Burnett, looking for an actress to play her kid sister on her new variety series, contacted Vicki and made arrangements to come to the event. The rest is television history.  “The Carol Burnett Show” premiered in the fall of 1967; the same year Vicki entered UCLA to study Theater Arts. She spent eleven years with Carol, earning one Emmy Award and five Emmy nominations.  In 1995 Simon and Schuster published her story.  Her autobiography is entitled, “Vicki!: The True Life Adventures of Miss Fireball.”

In 1968, Vicki went to Viet Nam to visit the U.S. troops with Johnny Grant. Several years later, in 1973, Vicki received a gold record as a recording artist for her international hit single, “The Night the Lights Went Out in Georgia.”

After the Burnett show ended, Vicki went on to star in her own TV series, “Mama’s Family” with Ken Berry, Dorothy Lyman, Beverly Archer, and Allan Kayser.  The last original episode was made in January of 1990, completing five years of first-run syndication. The show still can be seen daily throughout most of the country.

Vicki was the honorary head of the D.A.R.E. program in Long Beach, California for two years while her kids were still young and in school. Around that time she and her husband also became members of the Long Beach Police Officer’s Association that raises money to protect the widows and families of slain police officers. Her efforts to protect women’s rights were recognized in 1988 when Vicki was the first woman to be honored as “Person of the Year” by the Coalition of Labor Union Women. Shortly thereafter, Vicki became one of the few successful, female game show hosts when she took on the daytime network-version of “Win, Lose or Draw.”

Vicki further perfected her hosting skills on her own daytime talk show, appropriately called “Vicki!,” from 1992 to 1994. She received critical acclaim when she was the only talk show host since Oprah to be nominated for a Daytime Emmy in her freshman year.  In the fall of 1997, she briefly returned to daytime talk as the host of “Fox After Breakfast” from New York City.

On stage Vicki has appeared in numerous productions, including “Carousel,” “Send Me No Flowers,” “No, No, Nanette,” “My Fat Friend,” “Chapter Two,” “Twigs,” “Hello Dolly,” “Special Occasions,” “I’m Getting My Act Together and Taking It ON The Road,” “Annie Get Your Gun” and live from the Grand Ole Opry, “Nunsense 3: The Jamboree” which aired on TNN.

Mama for President:  Good Lord, Why Not?  written by Vicki Lawrence and Monty Aidem as told by Thelma “Mama” Harper was published by Thomas Nelson on  May 20, 2008.  Finally, a candidate who will speak her mind and put the country on the right track.  From health care to homeland security, Mama has a plan, and not afraid to tell you about it.  She tackles the big issues, and runs a campaign that has everyone running.  Bitingly funny and brutally honest, Mama may just have the answer – but if not, at least readers will have a great laugh.

Since 2002 Vicki has spent much of her time on the road with her stage production “Vicki Lawrence and Mama, A Two Woman Show.”  She also travels all over the country speaking to women’s organizations about her life and career, women’s health, and being a woman in a man’s world. All the while she approaches everything with her characteristic sense of humor, reminding us all that “Life is much too serious to be taken seriously!”  Vicki works with the Humane Society, has done much work with the American Heart Association and their “Go Red for Women” campaign.  When she is in town hosts the annual WALK FOR THE CURE in her hometown where all the proceeds go to breast and ovarian cancer research at Long Beach Memorial Center.

In 1974 Vicki married the head of CBS make-up, Al Schultz, who is both her best friend and professional partner.  Al and Vicki have two grown children, Courtney and Garrett.  They live at the beach with their two dogs, Tascha a Chocolate Lab and Lucas a Petit Basset Griffon Vendeen.  In their spare time Al and Vicki enjoy yacht racing.  They own a 70-foot sloop named, fittingly, “Vicki.”