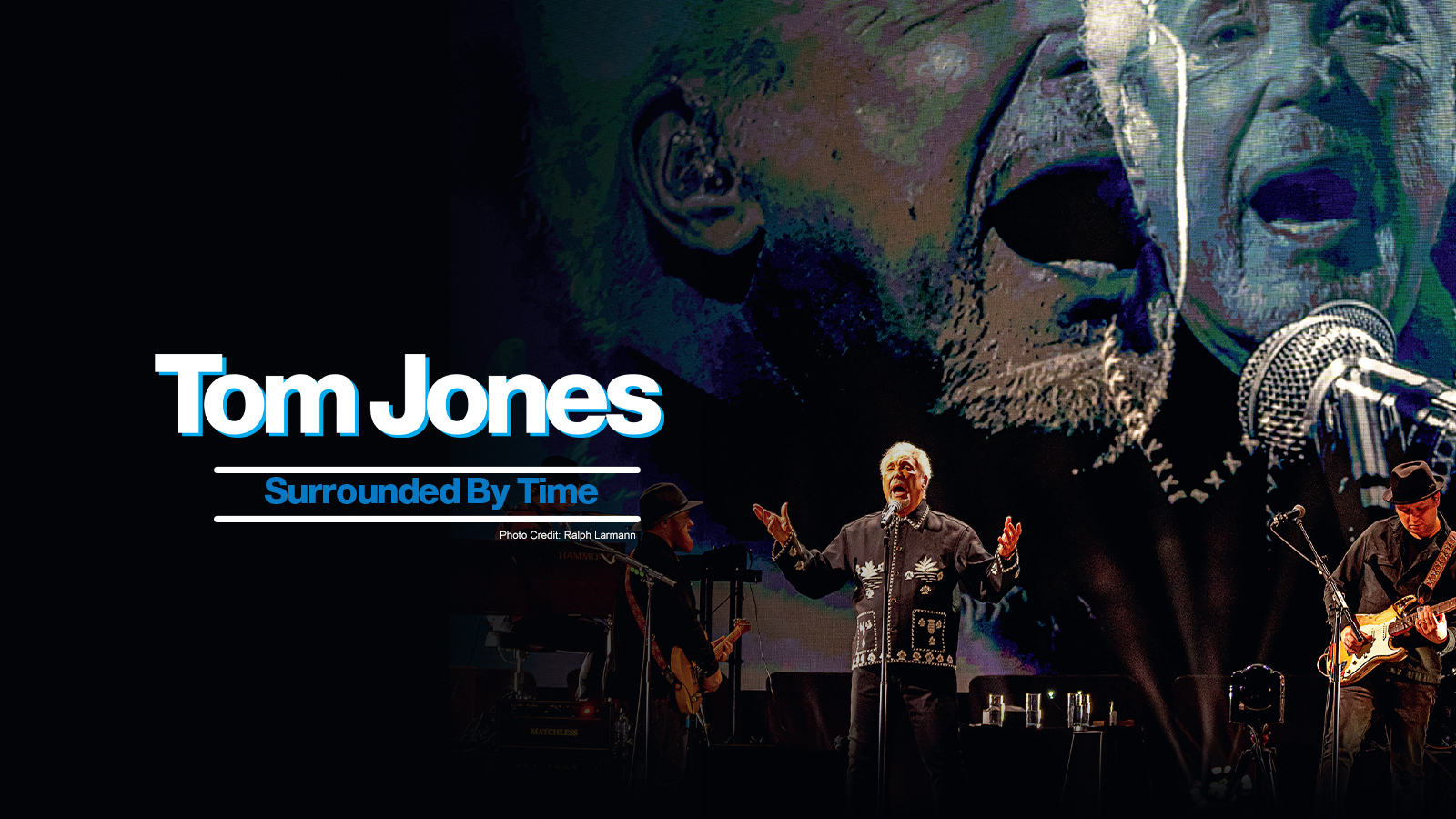 For an artist such as Sir Tom Jones, with over 100 million record sales to his name, certain milestones loom large over the horizon – and with those milestones come certain expectations. A few years ago, Tom’s record label raised the topic of his 80th birthday in June 2020. When you’ve enjoyed 36 Top 40 hits spanning five decades, a new Greatest Hits collection, perhaps accompanied by a TV special, somewhat suggests itself. People start to use the word ‘legacy’ a lot – and not, in this case, without good reason. If you want to talk about ‘legacy’ and Tom Jones, it’s hard to know where to begin. Musical calling cards such as It’s Not Unusual, What’s New Pussycat, Delilah, If I Only Knew and Sex Bomb barely scratch the surface of a career in which also takes in networked prime time TV shows spanning over five decades both in America and the UK, countless Las Vegas residencies and a string of Grammy, Ivor Novello and Brit Awards. But, after a period of upheaval which saw him come to terms with the loss of Linda his wife of 59 years, and spend time in hospital with a bacterial infection, Tom’s instinct was not to reflect upon his legacy, but further extend it.

Having recorded three hugely acclaimed albums with producer Ethan Johns (Laura Marling, Paolo Nutini, Kings Of Leon, Ray Lamontagne), Tom was keen to continue what was already the longest musical association of his career. An avid record collector, there were songs he had set aside for decades, waiting to reach an age at which he would truly be able to do them justice. He remembered a visit from revered jazz composer and singer Bobby Cole after one of his Vegas shows in 1972, in which Cole presented him with a song called I’m Growing Old. Cole figured the song needed a big, characterful voice to inhabit it. Tom agreed – “I told him I really loved it, the melody of it, the chords of it, but I was 33. I just didn’t feel like I was old enough to do it justice at that point. I remember Clint Eastwood saying something similar about The Unforgiven. He had that story as a young man, and he held onto that script until he was old enough to try and do it justice. Sometimes you just have to be patient.”