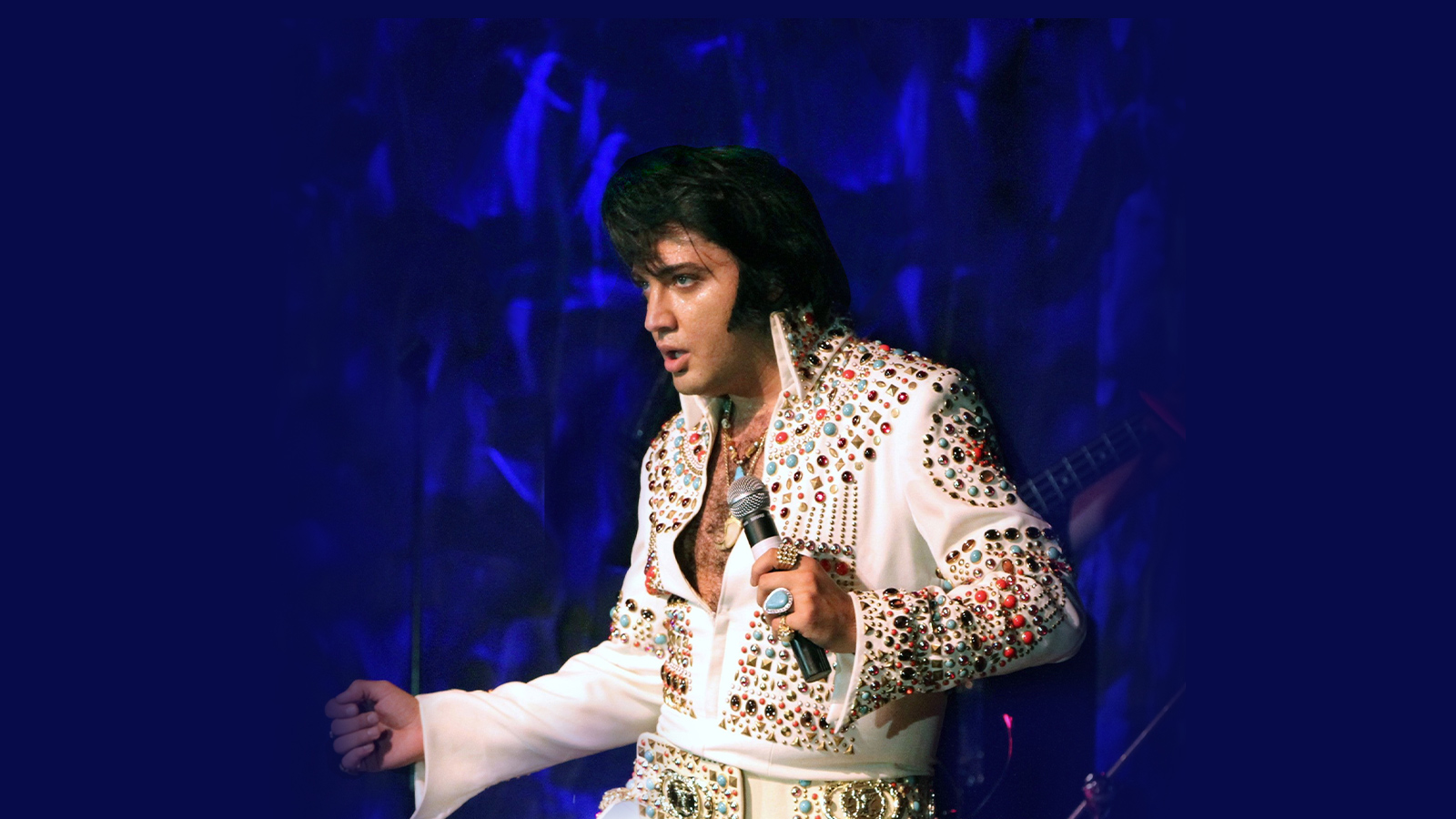 Since the passing of the King more than 37 years ago, there has never been a tribute artist that has so captured the look, moves, and especially the sound of the King more than Justin Shandor. According to the Jordinares, (Elvis’s original background singers, which Justin has performed with on several occasions), Justin has the raw talent that shot Elvis to the top. His likeness to the King is so close that at one time Graceland emailed a casino where Justin was performing and told them they could not use a real picture of Elvis to advertise their event. It was a picture of Justin!

In August of 2010, Elvis Presley Enterprises held a contest in Memphis and invited the top Elvis tribute artists from around the world. Justin came in first place and Graceland named him the “World’s Ultimate Elvis!” He is the only Elvis Tribute artist to make the front page of USA Today, and was recently featured in an issue of French Vogue magazine.

Justin is an international sensation having performed in England, Australia, Malaysia, the Fiji islands, and several tours to Canada and Sweden. At the end of August, 2013 Justin performed three consecutive shows for over 15,000 people in Santiago, Chile and headlined in Collingwood, Canada, performing for over 20,000 people. He is so phenomenal, that right after singing on David Letterman on February 6th, 2013, in front of an estimated 35 million viewers, David Letterman ran over to Justin and yelled “Justin, wonderful, wonderful, do it again, do it again!”

Justin’s voice is so strong, that at a recent show at the Las Vegas Hilton (where the real Elvis performed), Justin was approached by one of the members of the Blackwood Brothers Quartet who said that Justin has the best voice of any Elvis performer he had ever heard in his life. On that same night, in Las Vegas, Justin won the prestigious “Heart of the King Award” given to him because of his extreme likeness to Elvis. In addition to all of his awards, in September, Justin also won “Best Elvis Impersonator of the Year”!

Justin’s career is on fire right now! Just performs regularly at Harrah’s on the stip in Vegas in a show called “The Million Dollar Quartet”.

There are thousands of Elvis fans all over the world that honestly feel that Justin is the closest Elvis tribute artist that they have ever seen. His voice is so strong that he was asked to sing a song written for Elvis over forty years ago by one of Elvis’s writers – Michael Jarrett (“I’m Leaving”).

In the last two years Justin and his manager have created the World’s Ultimate Elvis Band made up of horns, gospel singers, strings and rhythm section that has cloned the music of a Elvis’s 70’s show. The response of Elvis fans has been overwhelming. A lot of women crying, standing ovations in the middle and end of songs and rave reviews from the media. Our goal is simple – to create the best Elvis show in the world!

On September 9th 2014, Justin Shandor was chosen by Mark Cuban of “World’s Ultimate Tribute Bands” to perform on AXS TV at the Whisky-a-Go-Go in Hollywood, California. The show was seen by an estimated 46 million people!