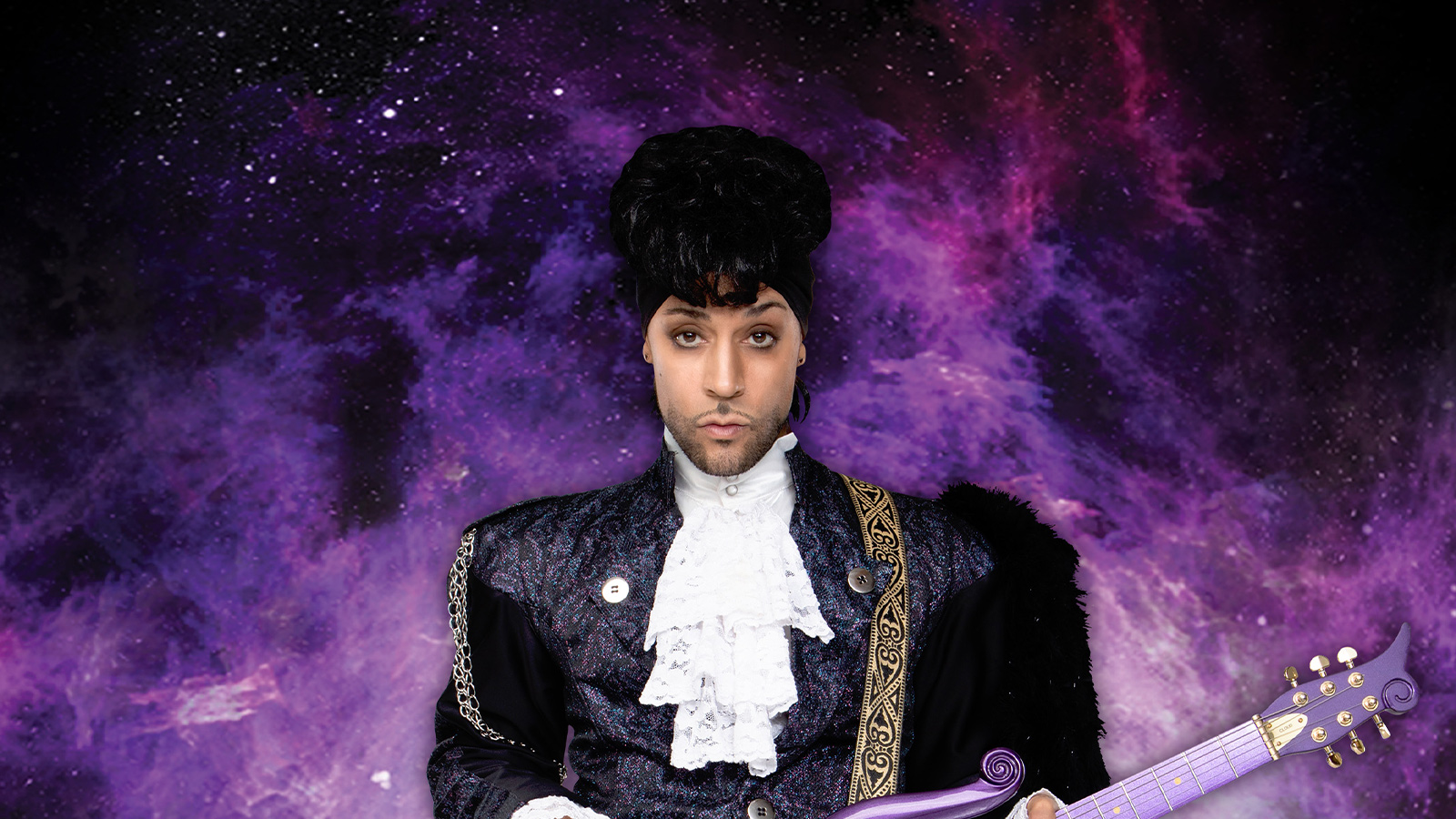 Award-winning Prince Tribute Show, Purple Reign, featuring Jason Tenner as Prince, returns you to the era and blistering performances that made “the artist” an international superstar.

From humble beginnings in small UNLV College clubs to late-night TV., Purple Reign has risen to international acclaim and recognition as the world’s #1 prince tribute. on November 17, 2008, the group became the 1st ever tribute/impersonator act to appear as the musical guest on late show with David Letterman. that show was chosen by CBS and Late Show to ring in the New Year and re-aired January 1st, 2009 at 12:15 am (New Year’s Eve) less than 45 days later, making it the 1st musical performance of 2009 on Letterman. ‘09 also saw Purple Reign crowned “best tribute act” by the 28th annual Las Vegas review-journal poll, winning 2 awards by both the staff and readers. most recently the show won “best impersonator” in the 2014 lvrj poll, and was chosen as the season 3 opener for Axs TV’s the world’s greatest tribute bands.

Purple Reign captures the imagination and seamlessly re-creates the blistering performances and raw energy of prince in his prime and returns you to the era that made “the artist” an international superstar. Featuring a tribute to Morris Day and the Time, this show is a must-see for “Purple Rain” movie fans and all live music fans alike!