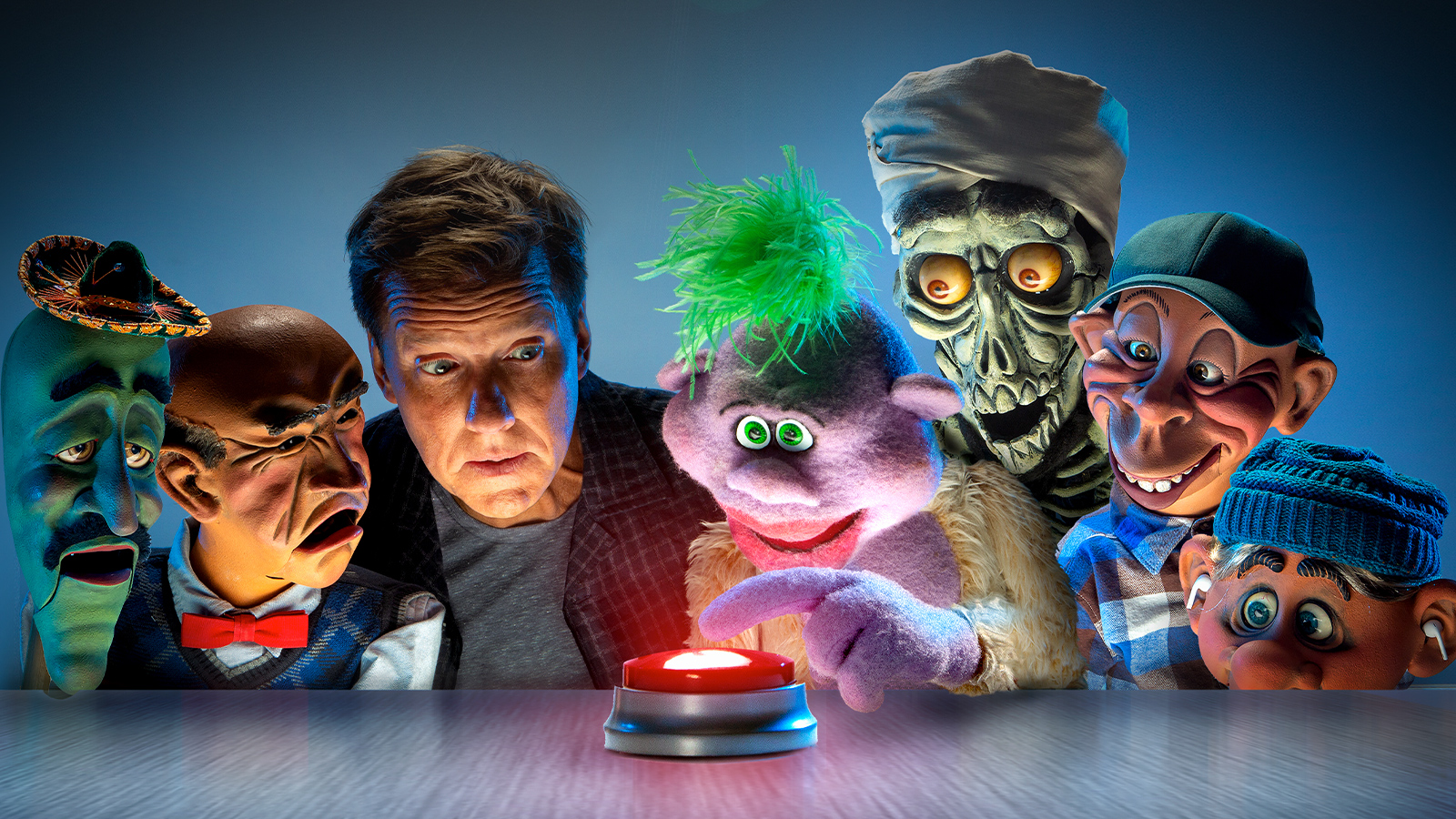 Hailed as “America’s favorite comedian” by Slate Magazine, for over two decades comedian/ventriloquist/actor Jeff Dunham has sold-out arenas around the globe, cementing him as a comedy powerhouse. His accomplishments have led to record-breaking viewership of his standup specials on NBC, Netflix and Comedy Central. After being named a top ten grossing comedian by Forbes in 2019, the Dallas native begins his new arena and theater tour in 2021 with Jeff Dunham: Seriously!? which was delayed due to Covid-19.

In addition to Forbes, Dunham was recently nominated by Pollstar for “Comedy Tour of The Year,” based on box office sales as well also being awarded “Billboard’s Top Comedy Tour,” for three years. Last fall the comedian released his second Netflix stand-up special, Jeff Dunham: Beside Himself, filmed at the American Airlines Center in his hometown of Dallas, TX. Beside Himself marked Jeff’s ninth special, an unprecedented number in the comedy community, having previously aired specials with Comedy Central and NBC. Dunham also holds the record for the first, second and fourth most watched specials ever on Comedy Central. His latest Comedy Central special, Jeff Dunham’s Completely Unrehearsed Last-Minute Pandemic Holiday Special  is set to premiere Thanksgiving weekend on Friday, November 27th at 8pm PT/ET. This will be the first of three specials set to debut on the network, treating fans to more of his delightfully twisted cohorts, Peanut, Walter, José Jalapeño, Bubba J and Achmed the Dead Terrorist.

Not only a mainstay in arenas, Dunham is leading the charge with online content as well and has blossomed to over 10.1 million followers on Facebook and over 2.8 million YouTube subscribers, amassing well over a billion views. His astonishing arena-packing power has put him on par with major music acts such as Bruno Mars and Metallica. In 2017, Dunham received a star on the Hollywood Walk of Fame, commemorating over 20 years of comedy dominance.

Dunham has also made many cameo appearances across television and film, from the Emmy Award-winning comedy series 30 Rock,Angie Tribeca, and Dinner for Schmucks, starring Steve Carrell and Paul Rudd.

His autobiography, All By My Selves: Walter, Peanut, Achmed and Me, was on the ‘New York Times’ Best Seller list three weeks in a row.