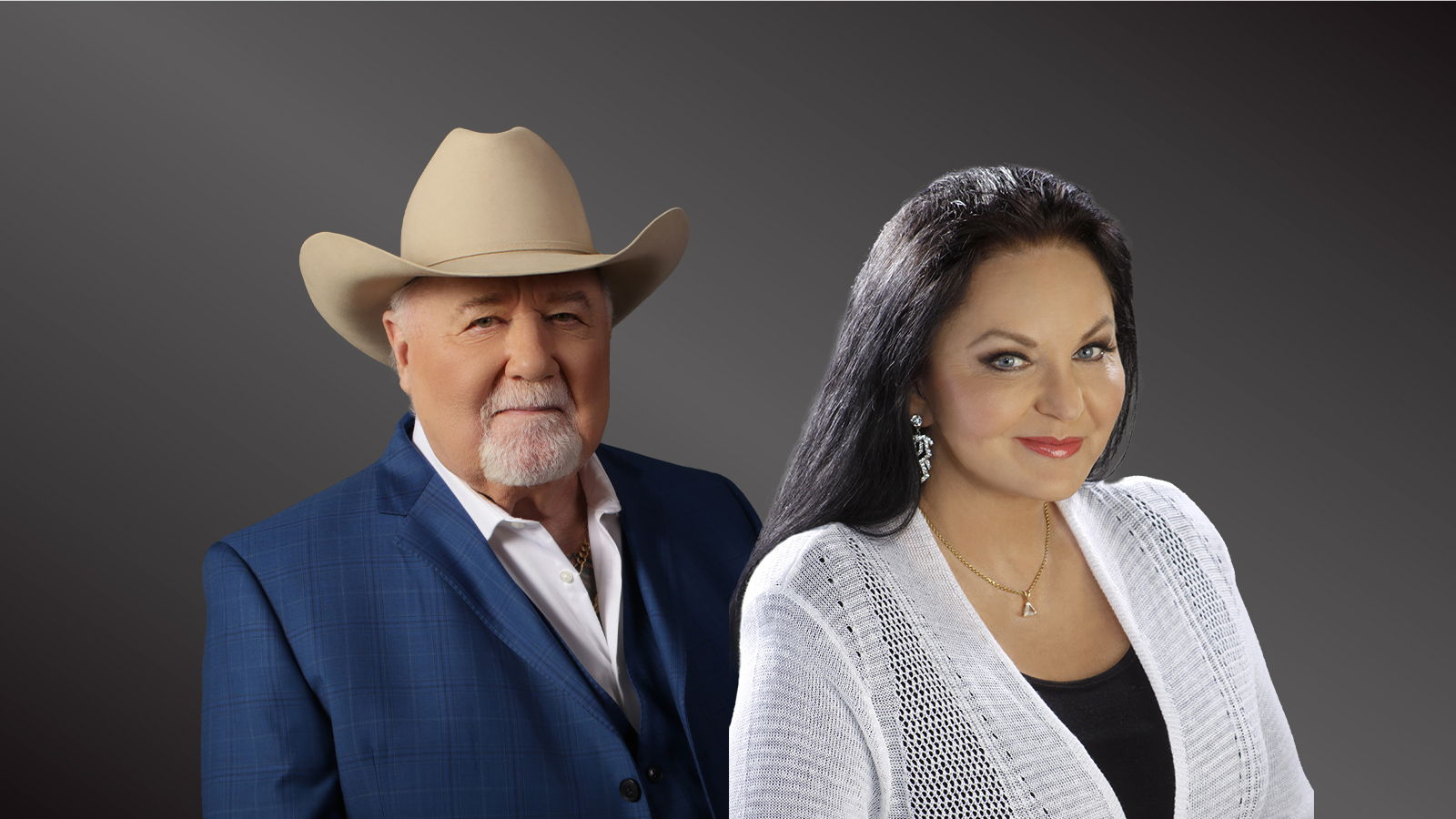 Crystal was inducted into the Grand Ole Opry as a member in January 2017 by her sister Loretta Lynn. The Academy of Country Music recognized Crystal with a 2016 Cliffie Stone Pioneer Award for her lifetime achievements in country music. And in 2009 Crystal was honored to receive her own star on the fabled Hollywood Walk of Fame.

These honors are fitting tributes to Crystal who has been a favorite of audiences of country and popular music since attaining national prominence with her first chart records in the mid-seventies. Renowned for her classic recording of her timeless signature song Don’t It Make My Brown Eyes Blue, Crystal also scored with her multi-format hits You’ve Been Talking In Your Sleep, When I Dream, Half the Way and her duet with Eddie Rabbitt, Just You and I. Crystal has released over twenty number one hits and has been awarded numerous times by the Grammy’s, the Country Music Association, the Academy of Country Music, the American Music Awards, and the American Music Operators Association.

Crystal is currently in the studio finishing a new album that will be released later this year. Christos Gatzimos, Crystal’s son, is engineering and co-producing the project with her. The album will contain classic country songs that had special significance to Crystal in her youth.

Crystal’s most recent album, All My Tomorrows, complements her country heritage. All My Tomorrows, released to outstanding critical response, is a collection of classic American standards that Crystal produced with Jay Patten, her longtime music director. The album is an enjoyable masterpiece that bonds her familiar crystalline voice and mature vocal styling with some of the greatest songs of our popular music heritage. “I feel honored to perform these favorite songs that any artist loves to sing, songs with timeless beauty.” The fourteen selections range from “You Belong to Me,” “Smile,” “It Had to Be You,” “Cry Me A River” and “Sentimental Journey” to Ray Charles’ “Hallelujah I Love Him So.”

Crystal has contributed songs to three Grammy winning children’s albums: Sesame Country (in which she dueted with Big Bird), Here comes the Rainbow, and Songs from the Neighborhood – The Music of Mr. Rogers. Crystal’s adds her first solo children’s album, In My Arms, a collection of lullabies that perfectly suits her warm vocals. “I loved all of these songs immediately and the tender and imaginative production makes In My Arms an album that appeals to children of all ages.”

Crystal is a long-time resident of Nashville, Tennessee. When Crystal is not touring she spends much of her personal time with her immediate and extended family. Crystal also makes time for community involvement. She was the first recipient of the Waterford Crystal “Celebration of Light” award in recognition of her many charitable activities.

End your day together with A Kiss of Sugar💋

Our Valentine’s Day gift to you is a complete indulgence of the senses. Share together a calming, luxurious private bath with our Sugar Kiss Shower Oil & Bubble Bath.

Mardi on at Party Gras!

Grab your beads and join us on Saturday, February 18th for our outdoor street party! Enjoy live performances by @laallstars, games, prizes, food, booze and a second line parade🎉

Thank you all who attended and participated at each event!

What Agua Caliente event are you looking forward to this weekend?

Mixing it up with our newest Mixologist, Byron, at Agave Caliente Tequila Bar in Cathedral City! Try out his special drink - Lava Flow 😍🌋

Embrace the “Year of the Rabbit” as you walk through our Rancho Mirage & Palm Springs Casino properties. 🧧✨.

Mixing it up with our newest Mixologist, Byron, at Agave Caliente Tequila Bar in Cathedral City! Try out his special drink - Pineapple Mexican Mule🍍

Electrifying night with @collectivesoul at The Show last Friday!!! 🎸🎶✨

Be sure to visit our website to see upcoming entertainment and secure your tickets!👇

PÍvat’s Drink of the Month Special, New Year Glo, has us starting our resolutions the right way.

Exclusively at PÍvat for the month of January!

We are honored to announce that our Sunstone Spa has been ranked as the #1 Spa in California, #10 in the United States, and #12 in North America under the Top Spas of 2022! 🧖‍♀️🏆

UPDATE: Due to inclement weather, our Lucha Libre Mexicana event has been POSTPONED to Saturday, January 28th!

Tag a friend who you would bring to the ring! 🏆