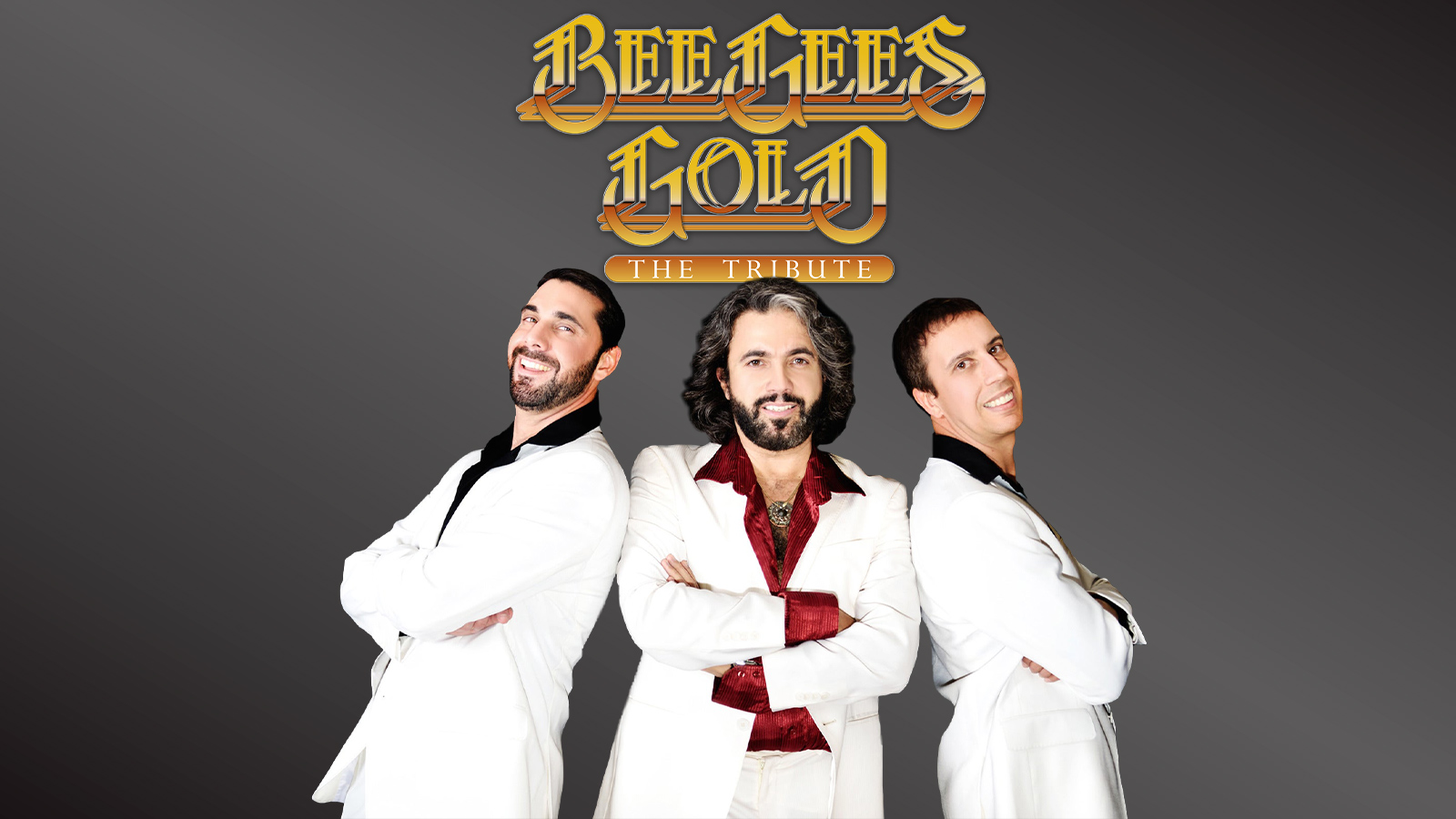 John Acosta, who performs as Barry Gibb, and his BEE GEES GOLD tribute band have performed BEE GEES shows all over the world. Their portrayal of the BEE GEES exhibits a great zest for detail.

From the look to the sound, to each falsetto note that the BEE GEES were known for, you will close your eyes and think it’s Barry, Robin and Maurice, AKA, The Brothers Gibb!

With the detailed vocal stylings of BEE GEES GOLD as The Brothers Gibb, the sensation will wow you! Backed by a live band, the BEE GEES GOLD tribute recreates the look and sound of the real BEE GEES from the 1960’s to the late 1970’s, duplicating the BEE GEES’ unique vocal sound that made them legends.

Remembering hits such as Massachusetts, and I Started a Joke, to the later disco classics such as Stayin’ Alive, and You Should be Dancin’, this is a high-energy show you will not want to miss!