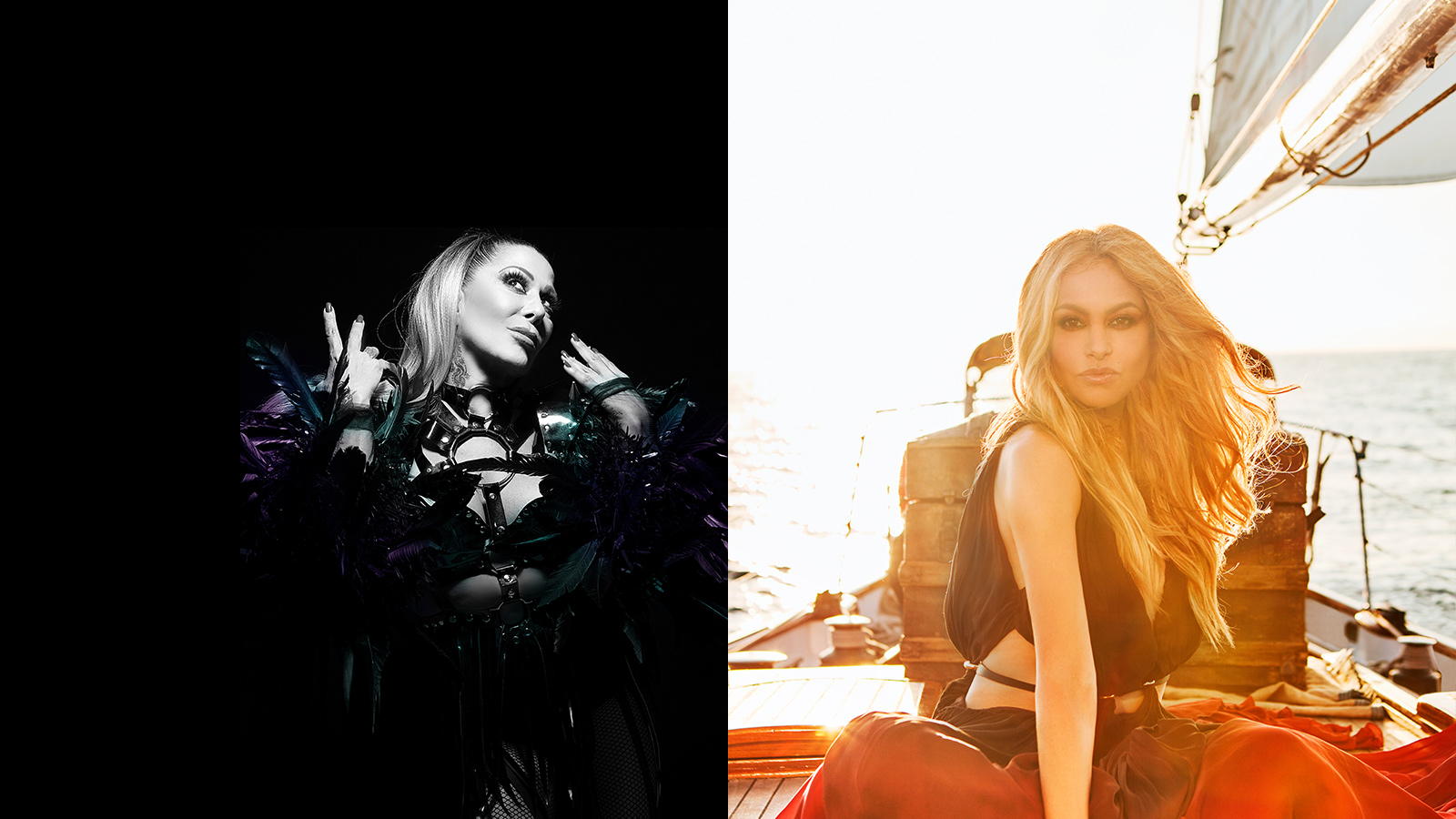 ABOUT ALEJANDRA GUZMAN
With over 20 million records sold in a career spanning three decades, singer and songwriter Alejandra Guzmán is simultaneously regarded as the “Queen of Mexican Rock” and the “Bad Girl of Latin Pop.” Known internationally as ‘La Guzmán’ and beloved for her powerful raspy contralto, frank explicit lyrics, and scandalous stage shows, Alejandra Guzmán is also a lauded television, film, and stage actress. In 2020 Alejandra Guzmán began a new creative period in her career, marked by changing her management to All Parts Move in Miami. This fruitful relationship has resulted in her starring role in the Amazon/Pantaya Original Series El Juego de las Llaves, as well as composing and recording a new studio album to be released in 2022. The lauded first single and video, “El Lado Oscuro,” was followed by the groundbreaking “Primera y Última Vez.” In 2021 Alejandra also signed with CAA for a world tour in 2022.

ABOUT PAULINA RUBIO
Few Latin pop stars  have shone with such brightness – and for so long –  as Paulina Rubio. The Mexican singer with the  greatest international projection has an incomparable journey of professional hits and successes of a global character. “Like the Madonna of America, she has reinvented herself with every new release” (Rolling Stone 2019). The Mexican singer, actress, model and entrepreneur has been accumulating  global successes for more than three decades. An original component of the group Timbiriche – one of the most enduring phenomena of Latin pop – she began her  solo career in 1992 with an album whose title, “The Golden Girl”,  became a professional nickname and opened the doors to the American recording market.

Today, Paulina has a loyal fan base, with very high numbers of followers on social media. With more than  11 million followers on twitter she ranks as the most followed Mexican artist.
Paulina Rubio is a transgenerational visionary artist, who has managed to reinvent herself within the competitive music industry over and over again. And as she says, “few artists can say, I have hits in the 80’s, 90’s, 2000, and now.”