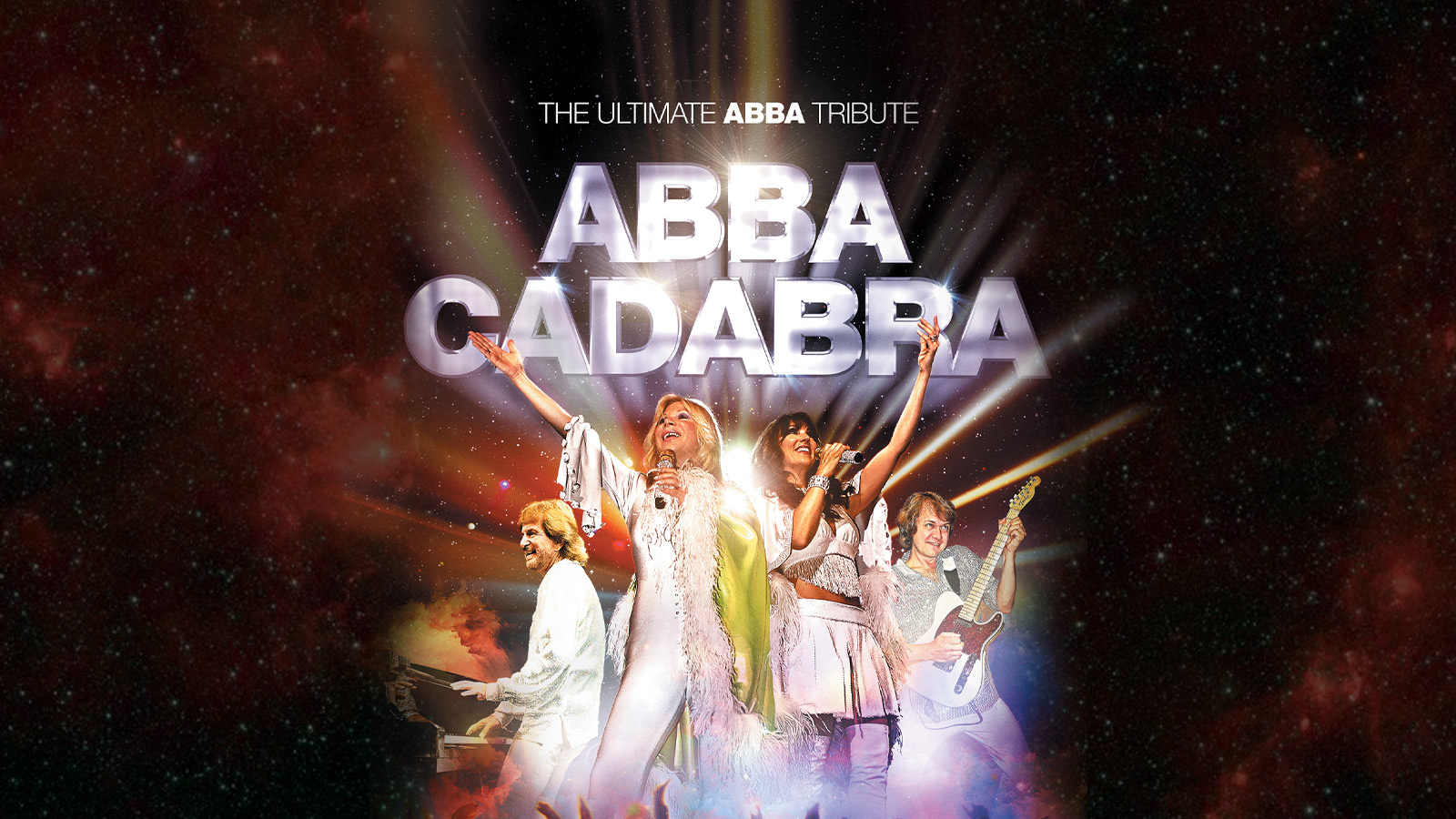 Abbacadabra: The Music of Abba

1974 thru 2018… Yes, 45 years of ABBA music. Over four decades of some of the greatest pop songs in history kept alive by ABBACADABRA – the ultimate ABBA tribute. Jerry Greenberg, former president of Atlantic Records who signed the new band ABBA in 1974, says “ABBACADABRA is as close as you’ll ever hear to the real thing.” Now in their 14th year of touring, ABBACADABRA has entertained audiences worldwide, includes performing on two national TV shows to huge audience ratings; a one hour special on AXs TV show, “World’s Greatest Tribute Bands” and the “Home & Family” show on the Hallmark Network.

Producer Gary Raffanelli got the idea on the spot in an entertainment meeting and bluffed that it was already in production. The excitement in the room caused him to begin that day in 2002. The show has performed in Europe, the Caribbean, Mexico, Guatemala, coast to coast in the USA with more tours planned in Canada and India.

Fueled by the hugely popular 1999 Broadway musical production “MAMMA MIA!”, the 2008 movie of the same name, and the new “MAMMA MIA! 2”, the music of ABBA is back in the hearts of those who lived it then and taking over the hearts of those who are experiencing it for the first time now. ABBACADABRA promises to continue the momentum by performing 20 of the group’s greatest hits in full ABBA flair. “Mamma Mia!”, “S.O.S.”, “Super Trooper” and “Dancing Queen”are re-created with such precision you’ll swear you were listening to the originals themselves. “Take a Chance on Me” and “Waterloo” will lift the audience out of their seats to dance! The show is authentic in music and dress and is performed to live music that will leave you excited and melancholy… at the same time.