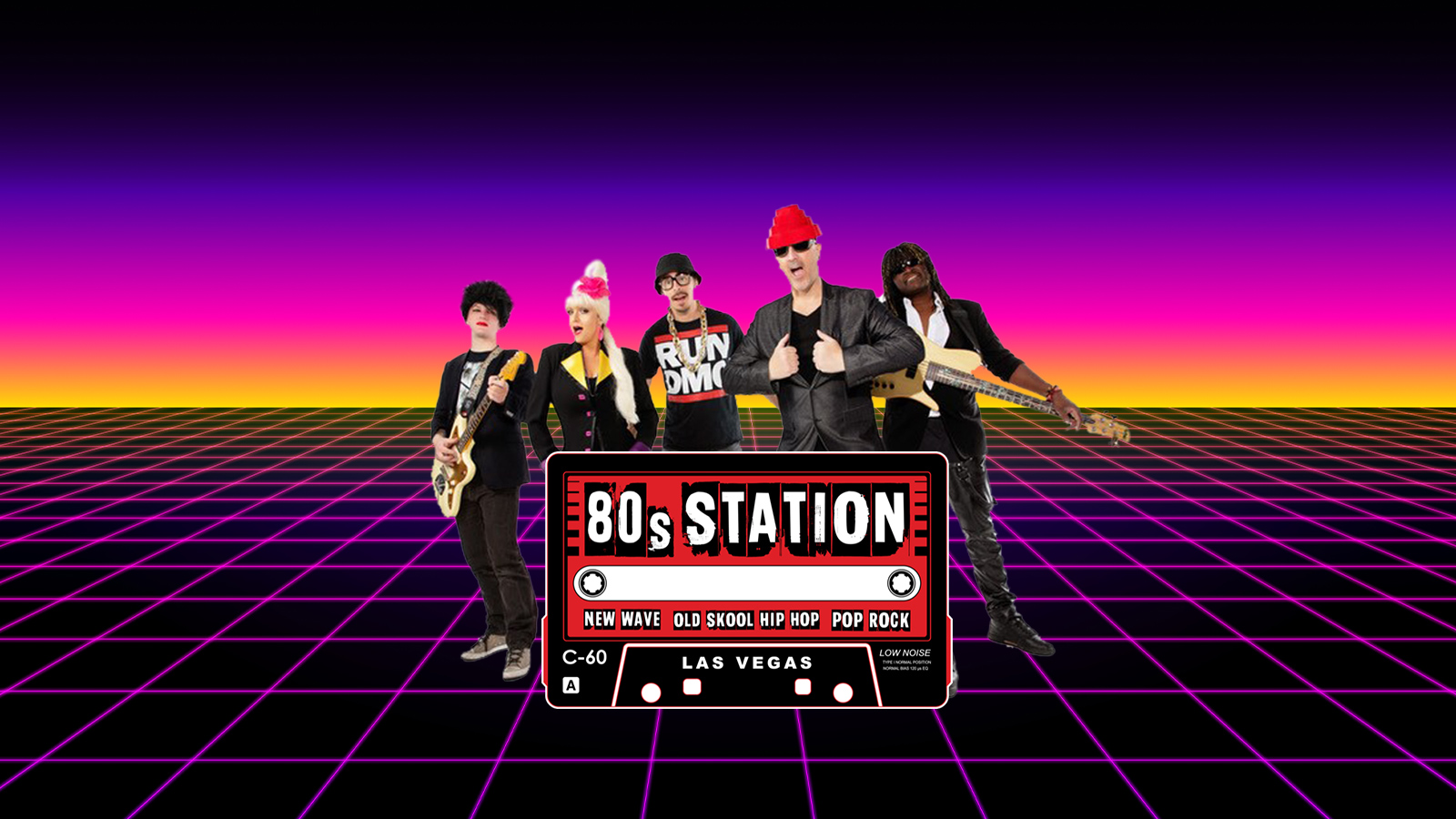 A Musical Tribute to the 1980s. This band is Las Vegas’ ﬁnest 1980’s tribute band. Featuring the two lead singers from long running 80’s band Loveshack, Matt Gucu (Devo) and Tiffany Fredianelli (Kate) have joined forces to do what they do best… the 80’s! The band consists of musicians whose costumes emulate different musical celebrities from the 1980’s. On any given night you might see “Robert Smith” or “Slash” on the guitar and “Rick James” or “Billy Idol” on the bass. The show is complete with light choreography and the dynamic synergy of its two lead singers, both masters of their craft. Together, the members offer uncanny renditions of tunes from the MTV generation. The band’s successful formula has been working now for over 25 years. Some of the larger clients that they have had the pleasure of entertaining include: HBO, Cisco, IBM, Wyndham Jade, House of Blues, Sonic Health Care, and many more.